The All Progressives Congress (APC) is expected to unveil Senator KASHIM SHETTIMA, the running mate to its presidential candidate, BOLA TINUBU, on Wednesday.

This is coming five days after the ruling party postponed the unveiling with no reason given for the shift in date.

TINUBU had on the 10th of July announced the ex-governor and Senator representing Borno Central as his running mate in the 2023 general elections.

Nine days after, the ruling party issued a statement, saying the vice presidential candidate will be unveiled in Abuja.

APC National Organizing Secretary, SULEIMAN ARGUNGU, in a statement earlier today however said the exercise will take place by 1 pm at the Shehu Musa Yar’Adua Centre in the nation’s capital. 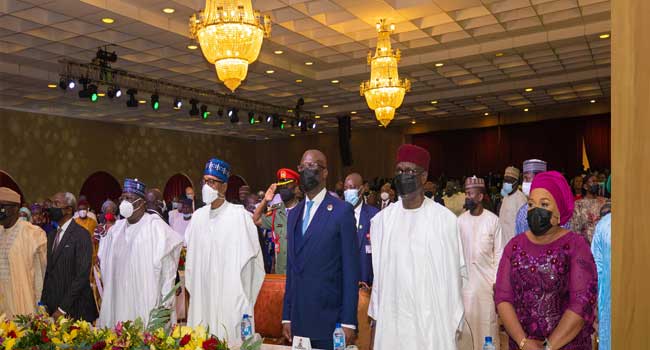